Version numbering could be arbitrary sometimes. Many things have been changed under the hood for this huge point update.
Download on the App Store 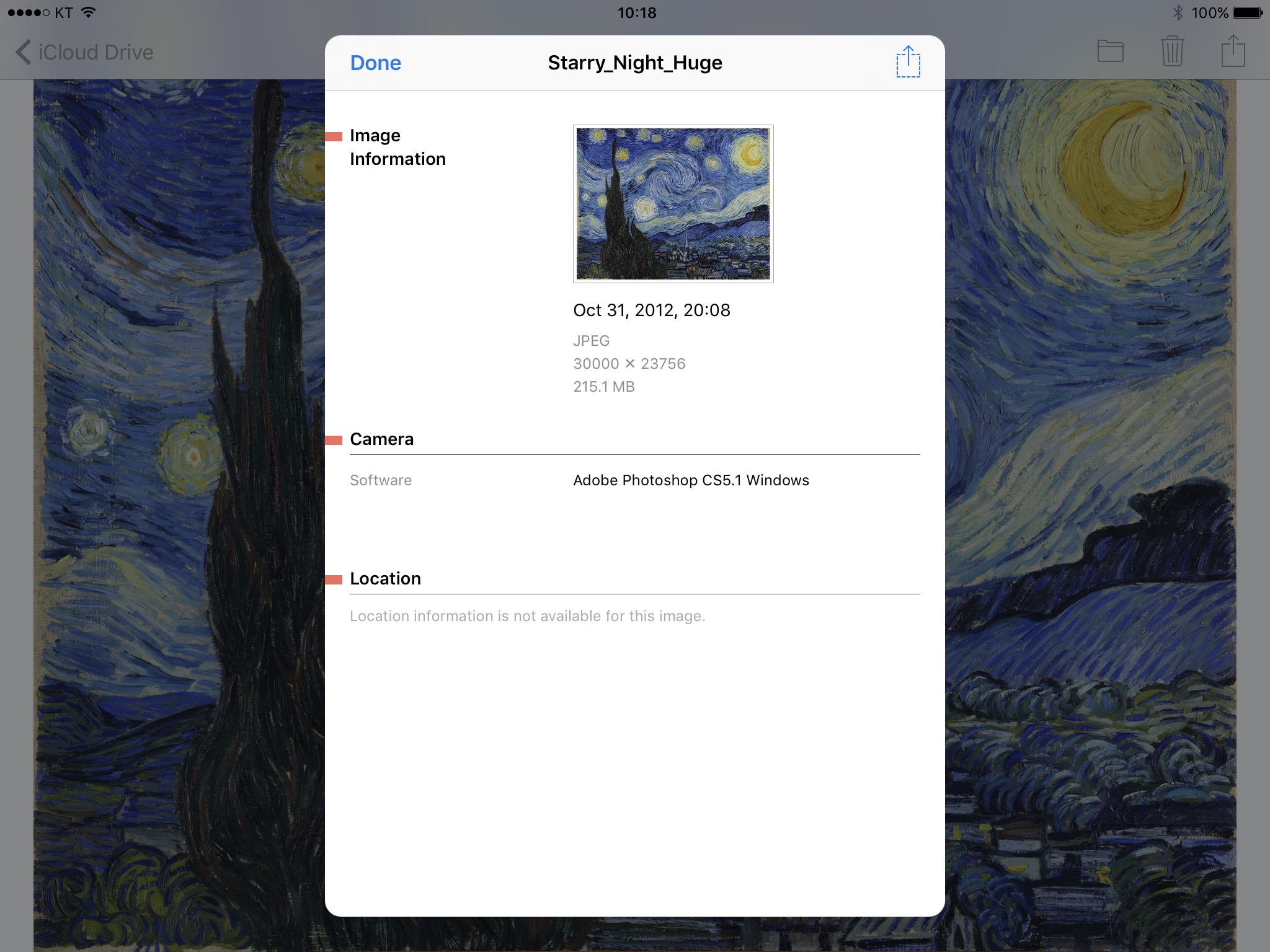 Similar stuff also applies to sharing. Now, Metapho exports metadata modified file in a memory efficient way so that you can Safe Share a huge image in Action extension.

Cameras made by Fuji Film have special custom metadata, Film Mode. It seems like that dozen of film simulation modes are valuable metadata for Fuji Film camera owners. After digging into custom note section of the photo and studying camera manuals, I could extract Film Mode and put it on the camera info section.

iOS 10 lets capable devices capture in RAW. The result is DNG, Adobe digital negative file format. Unfortunately, iOS does not have DNG decoder and just treat it as a small thumbnail. Metapho reads DNG metadata and at least shows original pixel size of the image. It’s not possible for now to edit or share an original size image directly from a DNG file in Metapho. If you really want to handle DNG in iOS you should convert DNG into JPEG first, using DNG develop apps like Lightroom or Camera+.